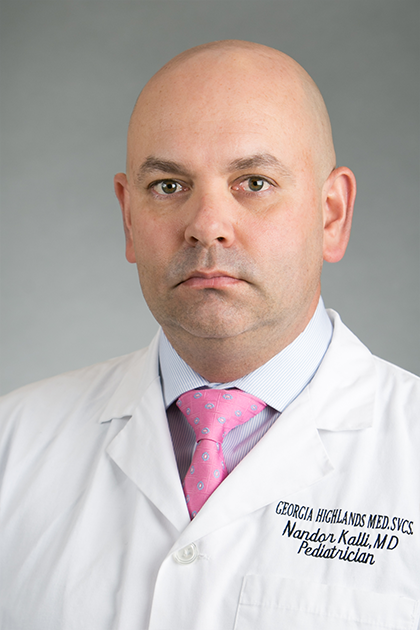 Originally from Santander, Colombia, Dr. Kalli is fluent in both Spanish and English and has been Board Certified by the American Board of Pediatrics since 2007.   He completed his pediatric training in 2005 at the University of Tennessee in Memphis and completed rotations at Le Bonheur Children’s Medical Center, St. Jude Children’s Research Hospital and The Med-Newborn Center.  He worked for seven years in Mississippi where he received continuous accolades for exceptional patient satisfaction.   Doctor Kalli has been providing care for sick and well infants, children and teens at Georgia Highlands Medical Services since 2012.  He has built a strong, devoted following of patients and has served as the foundation and inspiration for the launch and growth of Georgia Highlands’ pediatric program.  In his spare time, Dr. Kalli enjoys reading, walking his dog, watching comedy shows and cooking.