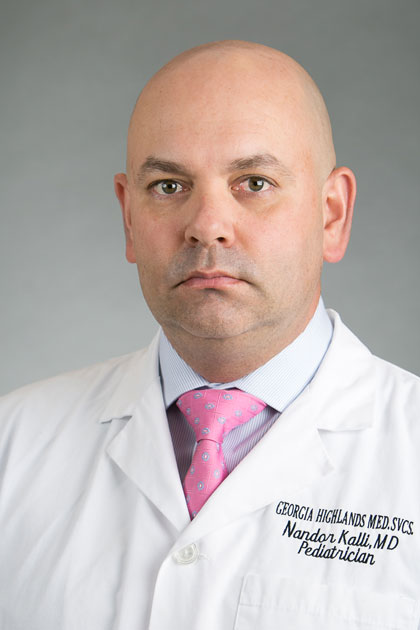 Originally from Santander, Colombia, Dr. Kalli is fluent in both Spanish and English and has been Board Certified by the American Board of Pediatrics since 2007.   He completed his pediatric training in 2005 at the University of Tennessee in Memphis and completed rotations at Le Bonheur Children’s Medical Center, St. Jude Children’s Research Hospital and The Med-Newborn Center.  He worked for seven years in Mississippi where he received continuous accolades for exceptional patient satisfaction.   Doctor Kalli has been providing care for sick and well infants, children and teens at Georgia Highlands Medical Services since 2012.  He has built a strong, devoted following of patients and has served as the foundation and inspiration for the launch and growth of Georgia Highlands’ pediatric program.  In his spare time, Dr. Kalli enjoys reading, walking his dog, watching comedy shows and cooking.

Hispanic Heritage Month is in full swing! We are grateful for this Salud America article, 17 Awesome Ways to Celebrate Hispanic Awareness Month, because it reminds us that celebrating the diversity of our communities requires increasing our knowledge and awareness, changing our behaviors, and challenging systems of oppression. We hope you will choose three actions in the article to integrate into your life and that of our community.

Please click the link below to read the article.

As part of National Civic Health Months, we are urging every Health Center to participate in National Voter Registration Day on September 28, 2021.

National Voter Registration Day is the perfect opportunity to get involved no matter what party you support, or which issues matter most to you.

National Voter Registration Day is a holiday celebrated on the fourth Tuesday of every September. It's goal is to focus attention on the importance of registering to vote and voting in our democracy during a single day of on-the-ground and digital efforts lead by government, nonprofits, and business...
View on Facebook
·Share

A HUGE thanks to the Georgia Primary Care association, the Avalon, and V-103 for helping us hold our health fair yesterday! We had a great time with everyone who attended. We’re looking forward to future events with you all!